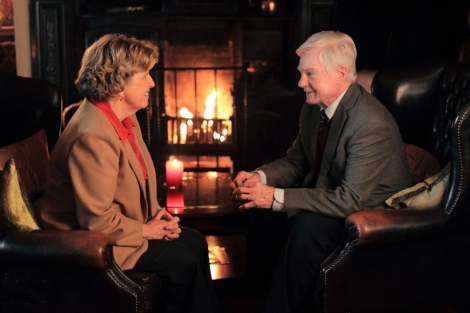 When Celia and Alan meet up in Episode 1 they travel much further than it seems!

They both arrive in Skipton, North Yorkshire:

Here’s Celia pulling into a space in her silver car: 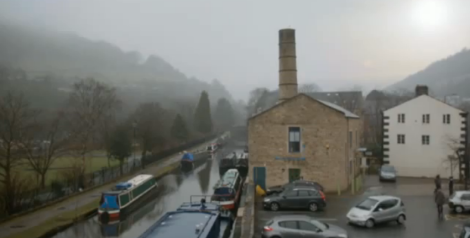 They meet inside a café then Alan leaves to buy a car park ticket:

After reporting Alan’s car stolen, they go into another café: 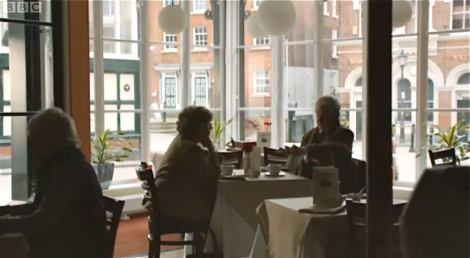 Here’s a picture of that scene being filmed:

On their journey home they spot Alan’s car and give chase:

By the Springs Branch of the Leeds Liverpool Canal in Skipton:

And across a canal bridge:

Which is on Coach Street, Skipton: 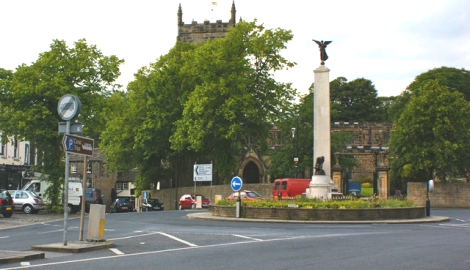 Celia then crashes into Alan’s car:

In Stockport on Marketplace:

Here’s a picture taken while they filmed these scenes:
http://www.flickr.com/photos/carldpatterson/6785448988/

Finally Caroline and Gillian meet up with them in a pub: 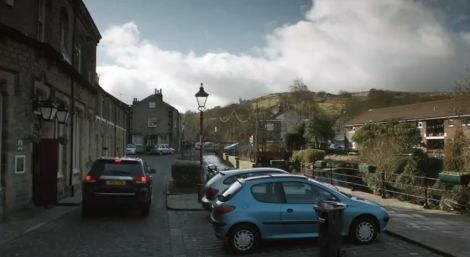 It’s the Riverhead Brewery Tap in Marsden, West Yorkshire (on the left is the Coop where Gillian works!):

To confuse matters the interior is The Pack Horse pub at Birtle, near Rochdale, Lancashire:

So by my reckoning that’s four counties and a very long journey… although they couldn’t get to Cheshire without passing through Greater Manchester, so it’s five counties.

My next post will be about other pubs used in the series, more incidental locations and an interesting online surprise…

< Previous Next >
+ Add your own event Eventbrite